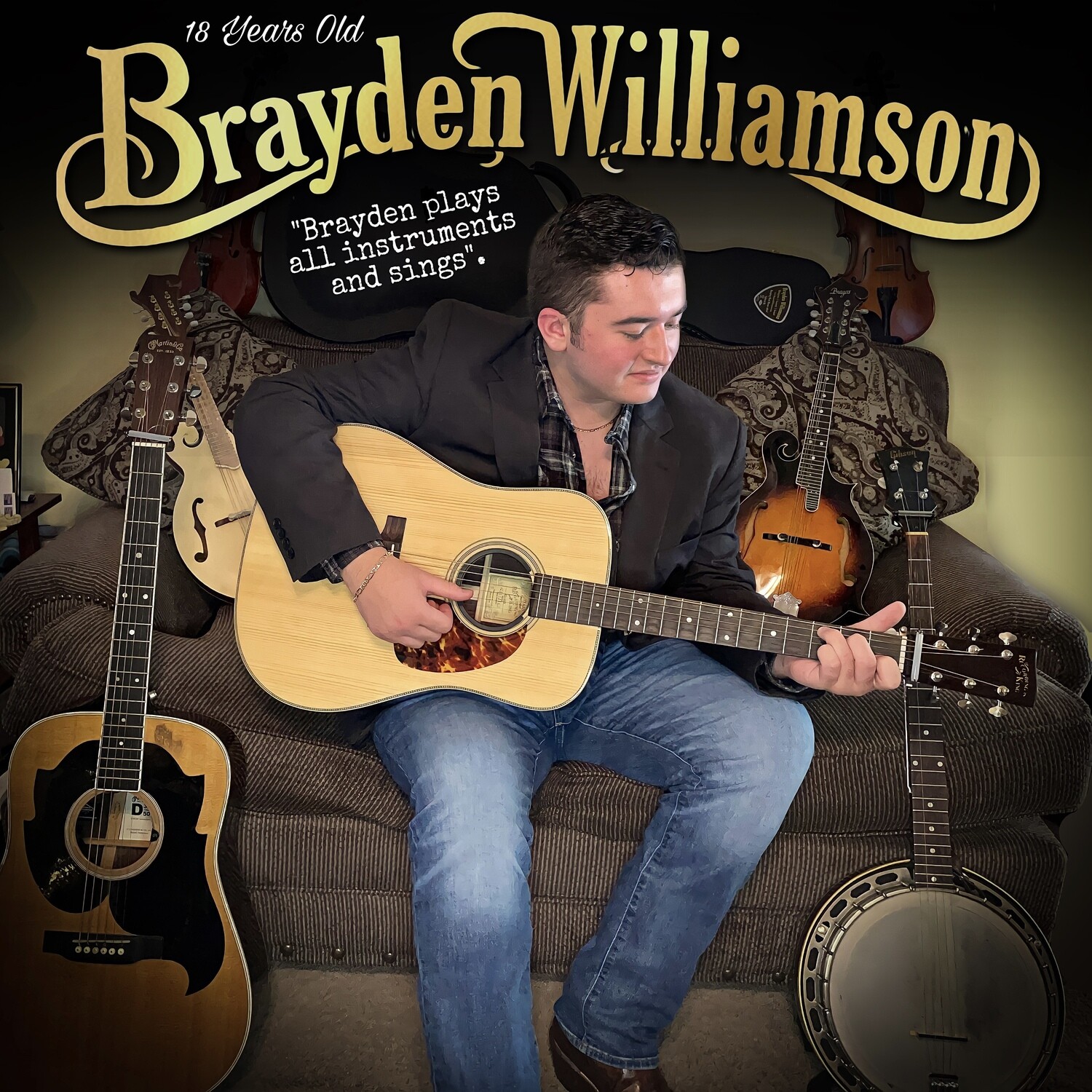 NEW Bluegrass Album by 18 year old Brayden Williamson. This album is comprised of 18 Bluegrass classics featuring Brayden’s former #1 Bluegrass charting song "Watching the Grass Grow". This album is a tribute to Bluegrass heroes we all know and love. Bands and artists such as The Country Gentlemen, JD Crowe and the New South, Bill Monroe and His Bluegrass Boys, Larry Sparks, Flatt and Scruggs & the Bluegrass Album Band. All instruments on the songs of this album were played by Brayden and dubbed together to make a song to give listeners an idea of what Brayden’s Bluegrass sound is about.

Save this product for later
Display prices in: USD